When you tell someone you are taking a road trip across the United States their eyes light up with excitement. Then when you tell them you are doing it solo their eyes squint and their brows furrow in confusion. "Alone?? Aren’t you scared?” was always the question. “Scared of what?” I would reply.

Everyone should get behind the wheel and take a solo road trip at least once in their life. It is one of the most liberating and empowering experiences. You are free to blaze your own trail, work at your own pace, and stop to enjoy all the things that make you happy. For me, this trip was about adventure, new discovery, finding peace and getting close to nature. It absolutely wasn’t about following the well-traveled road to the next tourist spot, although sometimes I found myself there.

Of course, photography was a major component of my trip and often times the driving force. I hoped my experiences would translate into unique perspectives through my camera lens. As much as I subscribe to the “wake up and make it up” philosophy, lighting requirements would dictate much of my travel plans. So while I wasn’t always sure where I was going or what I was going to do when I got there, sunrise/set times and weather reports became my compass and tour guide.

First leg of the trip: Ft. Worth to Amarillo

My journey began on a Saturday morning driving northwest on Hwy 287 stopping in Amarillo. I would be staying one night in my first ever Airbnb home and visit Palo Duro Canyon. I was so excited to be on my road trip I had dreamed about for months I thought I might jump out of my skin. I found a 70’s funk station on Pandora and spent a lot of time dancing and singing in my car seat. (Another benefit to traveling solo.)

About an hour up the highway I passed a store with the sign “Texas Greatest Beef Jerkey”. I pulled into the parking lot and stared at the sign. I had to fight the urge to go inside and tell them “Congratulations on Texas greatest beef jerky!” like the scene in the movie “Elf”. Moving on… 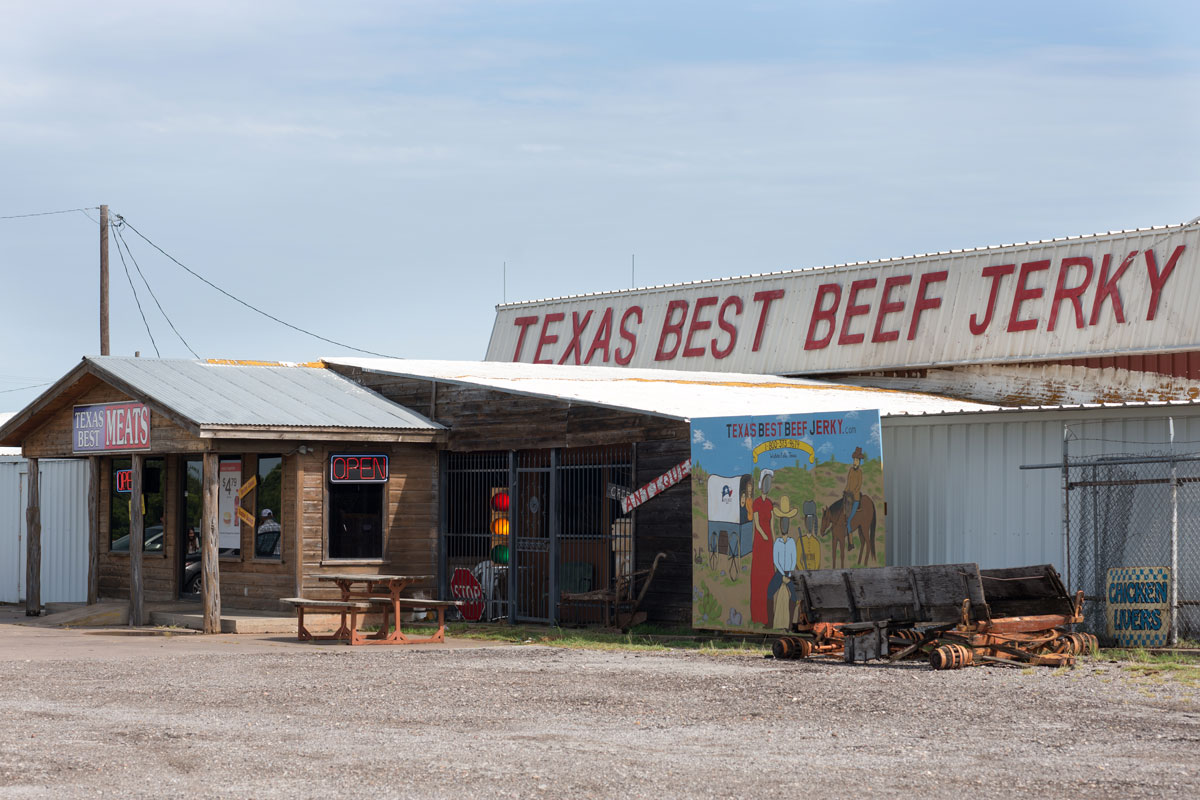 The landscape didn’t change too much. It became a little greener, well at least less brown and a lot more rural. Every so often I would stop to take a photo of an abandoned barn in a field or a resting longhorn. Because it was July in Texas, I wore sandals while driving but kept a pair of cowboy boots in the trunk. Each time I would pull over to the side of the road I slipped on the boots. Rattlesnakes and fire ants can be a real roadside hazard, especially when you are walking deeper and deeper into the tall grass to compose the “perfect shot”. 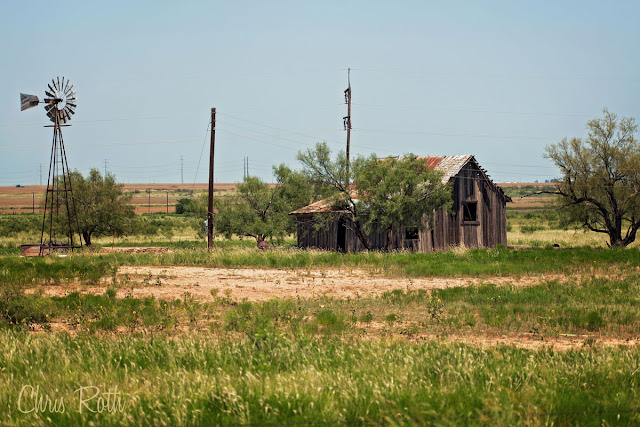 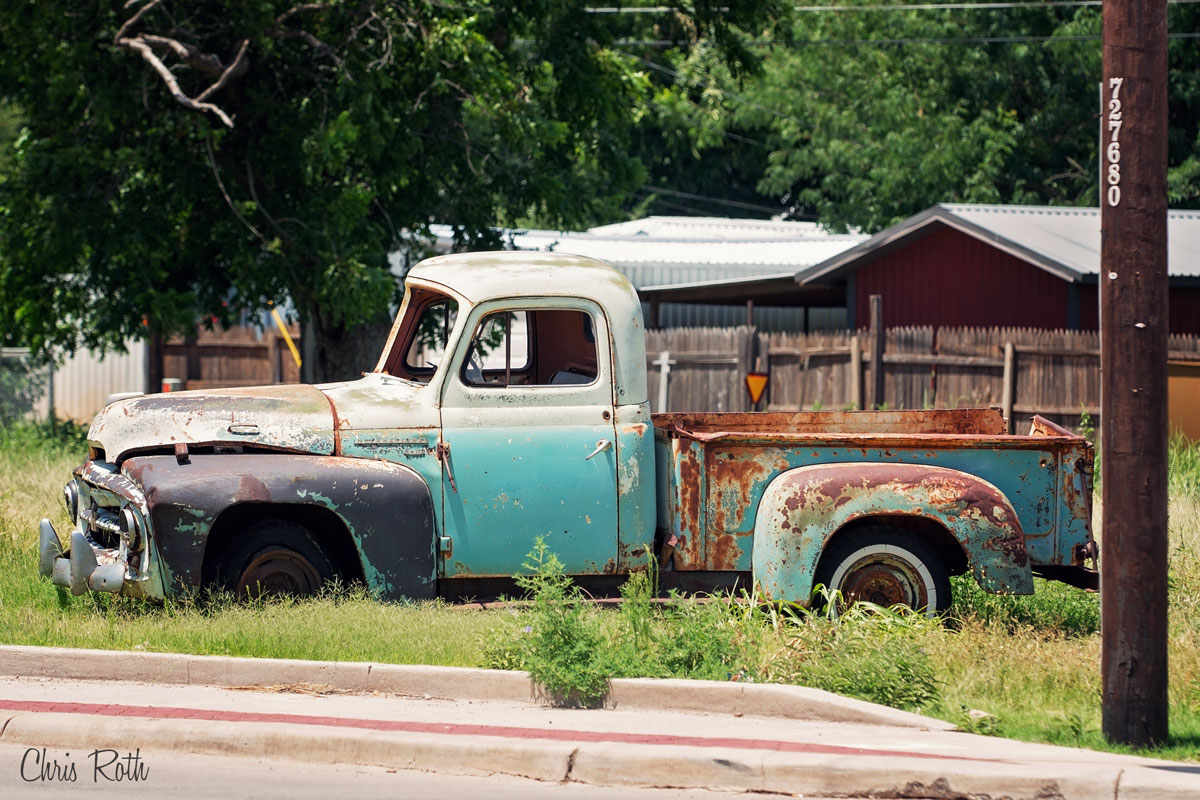 I arrived to Amarillo an hour earlier than GPS told me I would so I was happy about that. The Airbnb home in which I was staying was nestled in a precious park like neighborhood under a canopy of mature trees. The houses were all 1950’s style architecture that reminded me of Austin, Texas. I was adamant about sticking to a tight budget on this trip and chose the bed and breakfast for its reasonable $35/night fee. The fact it was such a great property with a convenient location was icing on the cake. After a quick visit with my hosts, I got directions to the Canyon and flew out the door.

The drive was only about 30 minutes and went through some really interesting panhandle-ranch land. As I approached the entrance to the park, I saw an enormous crack in the ground that made my mouth drop open. After driving for so many hours across very flat prairies, this was the first evidence that a canyon might actually exist. I remember thinking, “I hope animals don’t fall into that.”

I used my state park pass to enter, got a map, and asked for the best location to take a sunset photo. The very young park employee told me the first overlook I came to would give me the best views. So, off I went.

Very quickly I arrived to the overlook and got out. The engulfing panoramic view is more than 180 degrees. Palo Duro Canyon is the second largest in the United States behind the Grand Canyon. At 120 miles long and 20 miles wide it seems to go on indefinitely. There are only 6 miles of park road, everything else is back country. The park warns hikers of snakes and flash floods and requires everyone to have on them a gallon of water each. From the looks of the raw and wild base of the canyon I’m thankful back country hiking is not on today’s itinerary. 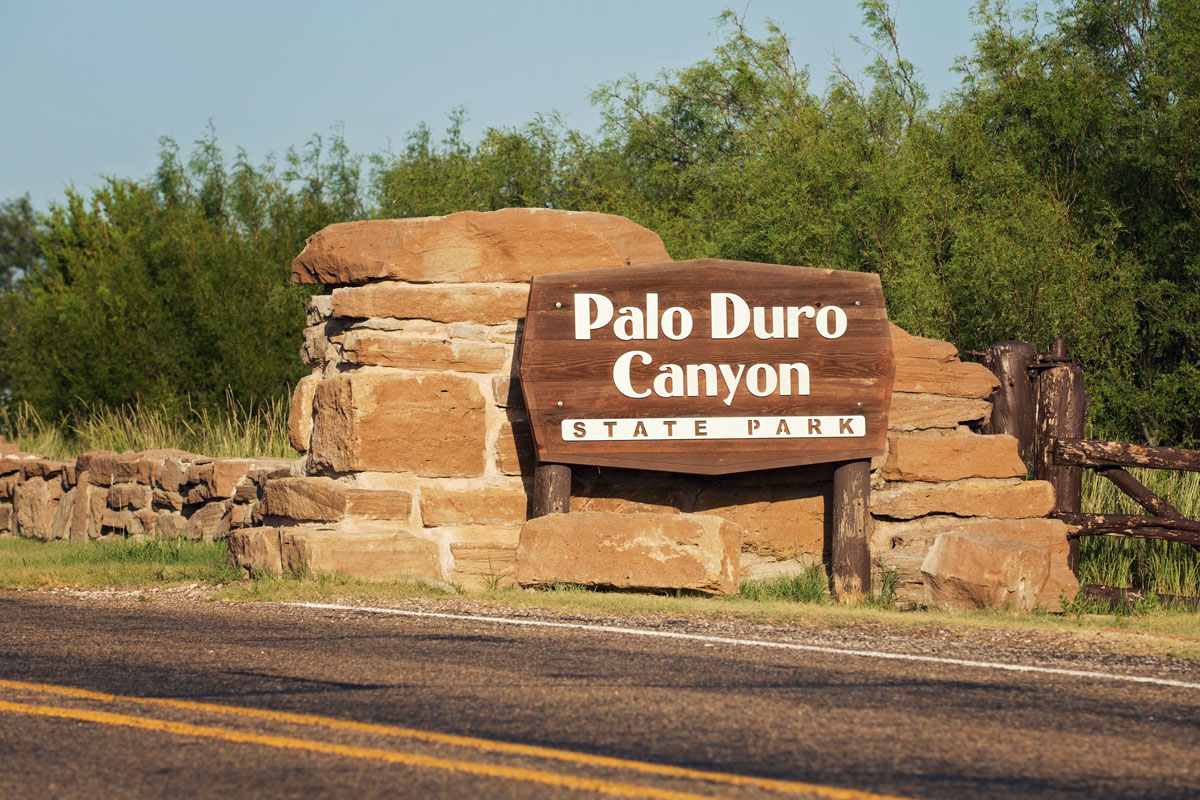 It was in my head that I wanted a sunset picture with the sun behind the cliffs. The overlook was on the west side facing east. This really frustrated me, thinking the park ranger didn’t know anything. I took a few wide angle shots facing east. The sun was still a little high in the sky but when it started to make its decent it would happen quickly. The view was really magnificent so I knew it would be in a blaze of glory at sunset. I hopped back in my car and drove the trails. It winded around camping areas, trail heads and washed out roads. Clearly they have gotten a lot of rain recently.

At one point, a family of wild turkeys was standing in the middle of the road. I got out of the car and followed them into the brush. I took a few photos of them but watching their silly behavior was pretty good entertainment.

The road was winding and hilly at times. This was great for all kinds of make shift overlook points. I would stand on the hood of my car or climb some rocks big enough to be called boulders, always being mindful of hiding rattlesnakes. I had a different kind of lens in every pocket on my body. I switched between wide angle, telephoto, and in between. This juggling act became my routine through much of my trip.

At one overlook spot, I walked out onto a cliff overhang that jets out in to the canyon pretty far. The wind was crazy strong here and I felt like it might pick me up and carry me into the canyon. It was impossible to get a decent picture because the wind was shaking me so badly and I found myself standing at a 60 degree angle. Preferring to not have my trip come to a sudden and tragic end before it even begins, I went hunting for a less windy spot.

Back in the car I drove to the end of the official park road. I got out to take some photos when I realized I was getting close to losing the sun. This is when it dawns on me that the official sunset might be at 9 o’clock but it’s going to disappear behind the cliffs much sooner. Now I’m back in my car moving at a determined pace to return to the first overlook.

As I got out of my car, I saw the sun in perfect position. It had lit up the east side of the canyon with its golden color and painted everything in gorgeous rich hues. Maybe the park employee did know a thing or two. I took photos switching back and forth between my array of lenses. (on a side note, always change your lenses in your car and not outside. A wind gust came thru right as I took one of my lenses off and blew sand onto my sensor. I would spend the rest of my trip editing tiny spots off all my images in PS) I Facetimed my husband and one of my friends to show them the incredible view. I stayed until the sun started to disappear behind the cliffs and decided I didn’t want to make the unfamiliar journey back in total darkness.

Before I exited the park, I stopped to visit a group of longhorns grazing in a field. It had been such a whirl wind day I really needed a minute to gather my thoughts before I returned. Looking around, I appeared to be the last person in the park. I saw no people and no cars, just me and my long horned friends. I wondered if I should lock the gates as I leave?? 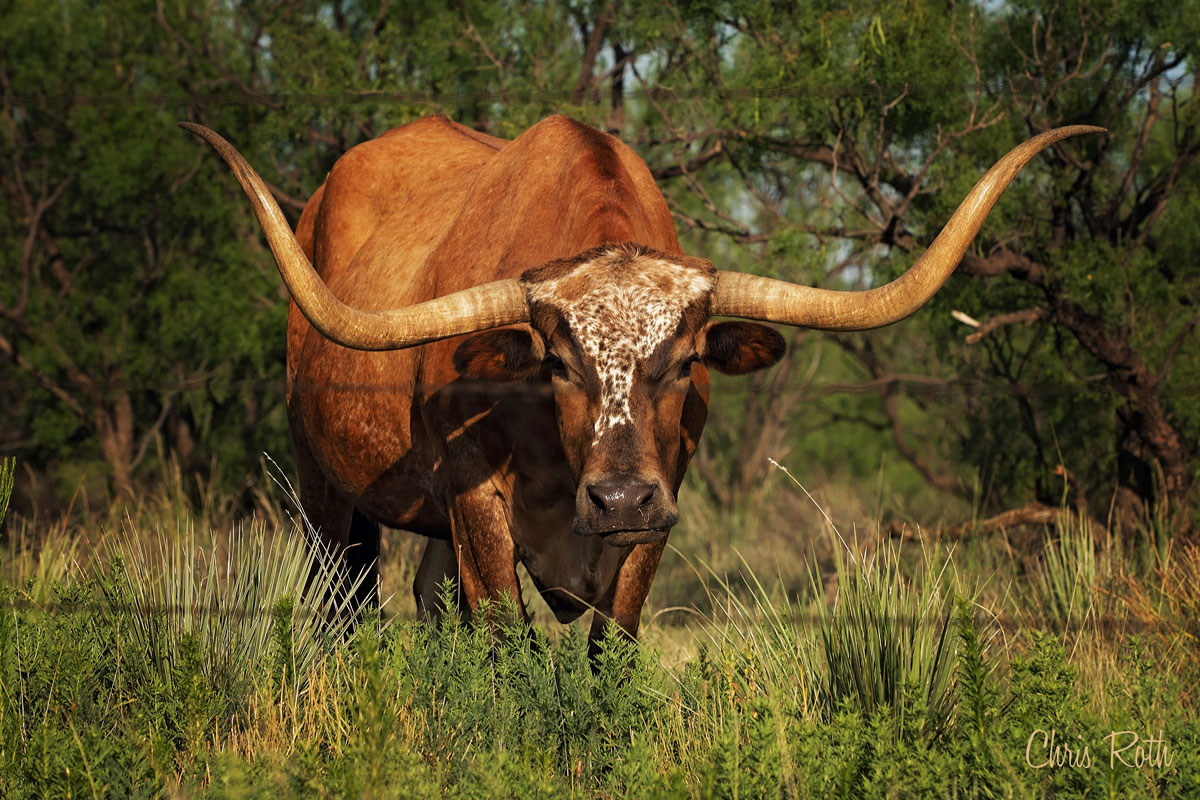 Driving back to Amarillo I felt very pleased with the day. I made it to my first location and got exactly what I came for. I would sleep well tonight in my air conditioned room and comfy bed. It would be the last time I had those luxuries for a while.

The next leg of the trip…traveling to Colorado via New Mexico.