Did you know there is a magical place in Texas with over a million acres of rugged mountains, deep canyons, and awesome vistas? A place where black bears and mountain lions share trails with hikers and bikers? Where you can follow the Rio Grande through the desert and then the mountains for hours and never see another car? A place where inspiration, beauty, and peacefulness are all competing with each other?

The Big Bend area of West Texas is this place. And I looked forward to this trip more than almost anything. The allure of the desert had me hooked and my mind was spinning at all the discovery possibilities.

“Getting there” should always be a part of the experience. So we opted for the state highway routes through the Hill Country instead of the interstates. (But if you MUST get there in a hurry I10 or I20 would definitely be the faster options.) This gave us a chance to stop quite often in small towns along the way to have a look around at the old Main Streets and Victorian neighborhoods.

We continued driving southwest towards our first destination, Marathon. As we chased the sun into the horizon the landscape changed from hill country to desert. The blazing amber sunset backlit all of the desert brush and was begging me to photograph it. So, of course, I did.

Once it was dark the world around us became black. There were no lights from street lamps and no lights from towns in the distance. We could only see what our headlights captured. We felt alone in the Texas desert and it was spooky and cool at the same time. We weren't alone, though. There was an entire world of desert life out in the brush just beyond the reach of our headlights. Every once in a while we would see a mule deer here, a family of javelinas there, and large bunnies zipping around.

Eventually, we made it to Marathon. Considered, the Gateway to Big Bend, this town stays alive because of tourism. It isn’t much more than a post office, soda shop, some funky art shops and oh yeah…The Gage Hotel. 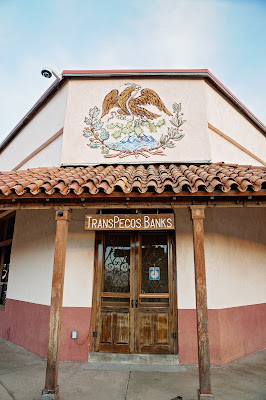 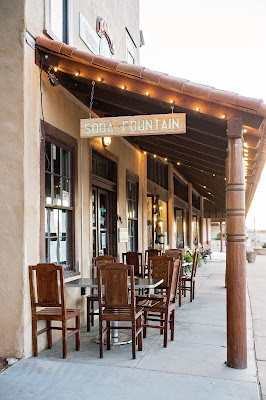 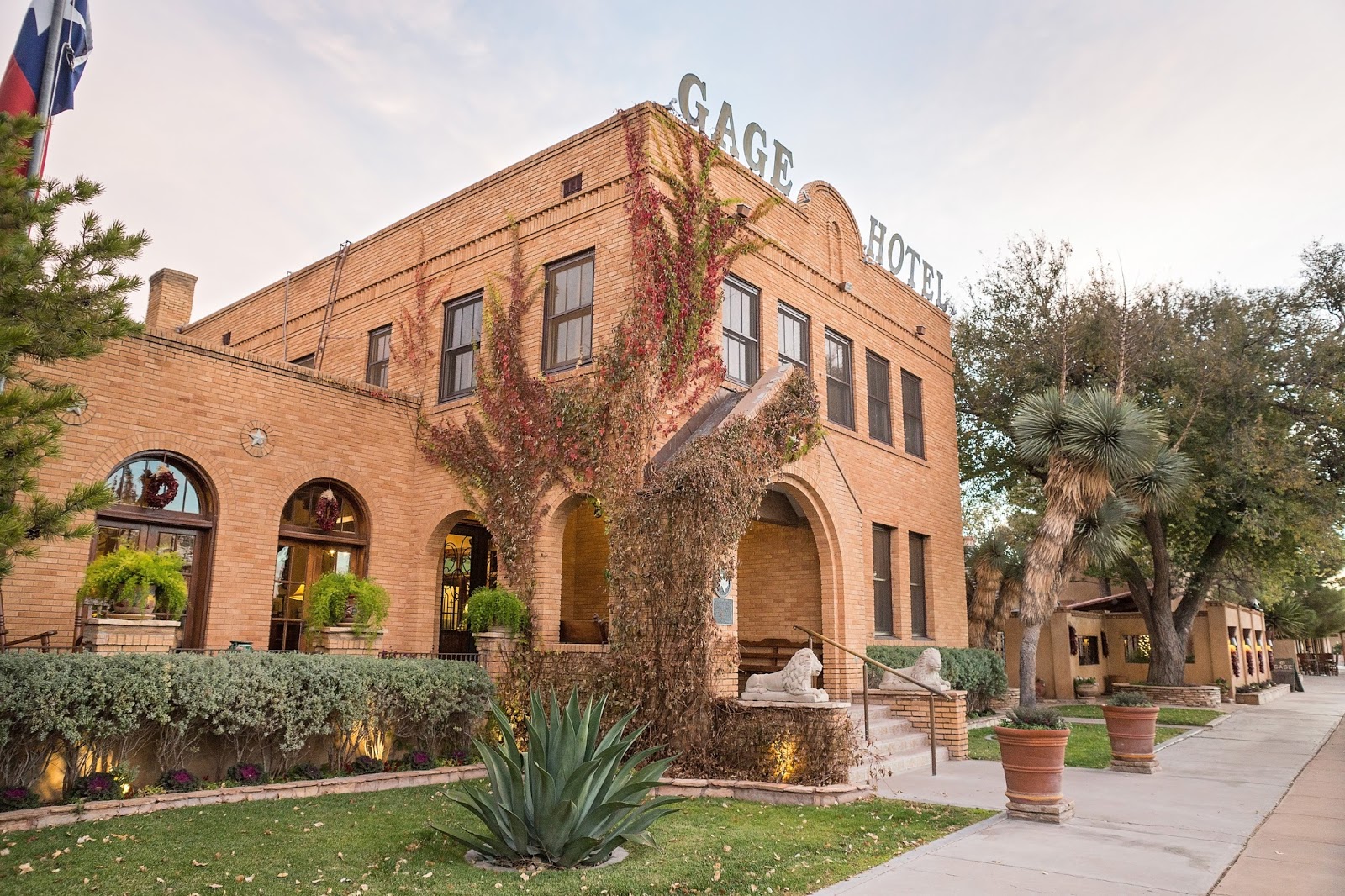 This is one COOL hotel. Built in 1927, the property consists of pueblo style adobe rooms, casistas and a mission style hotel. Our room had Saltillo tile floors, cowhide rugs, antique Mexican doors, a kiva fireplace and sat outside a beautiful Mexican courtyard. The one thing it didn’t have…a TV. And I’m so glad it didn’t! Something about feeling slightly cut off from the world added to authenticity of the experience. 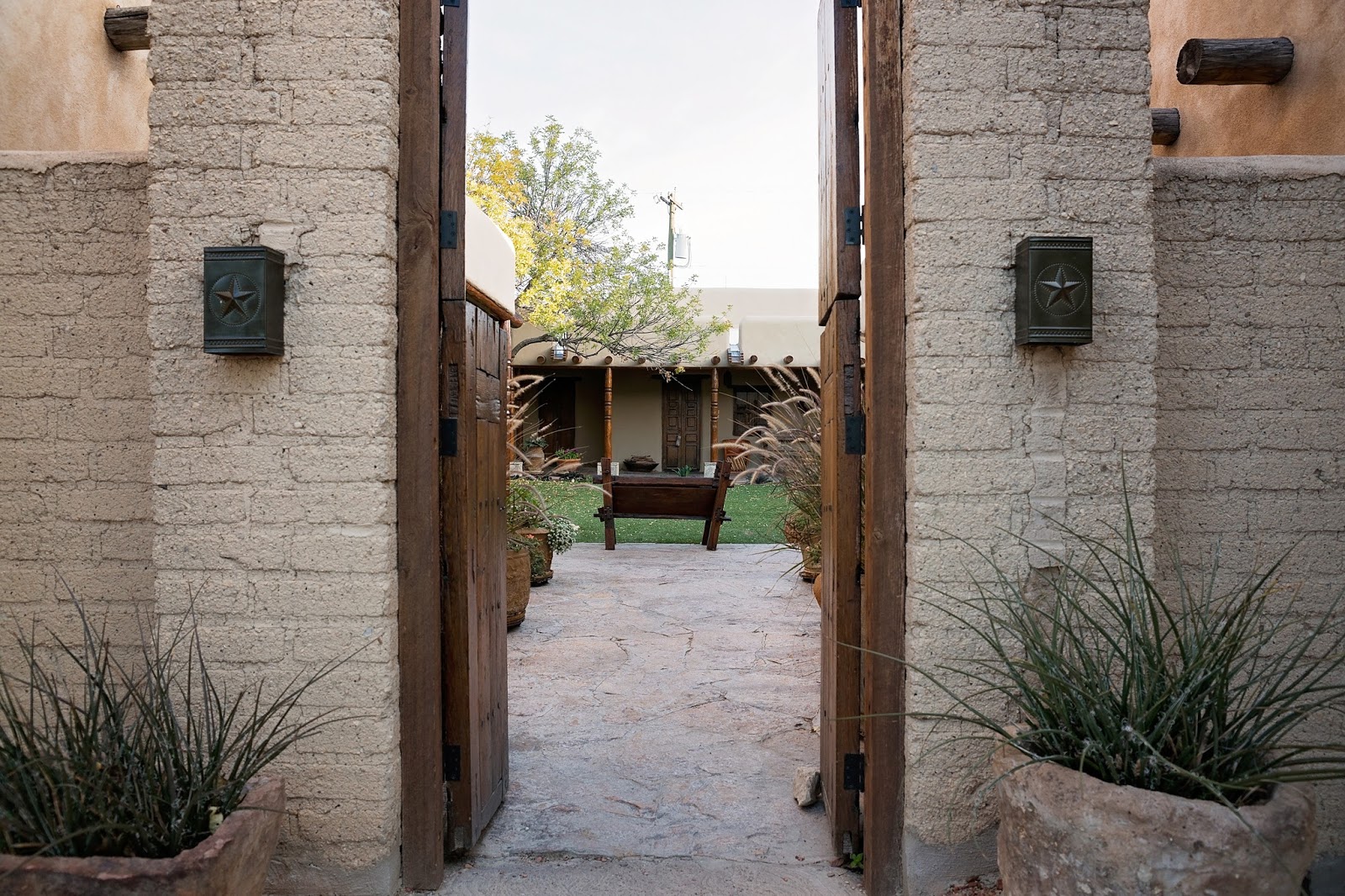 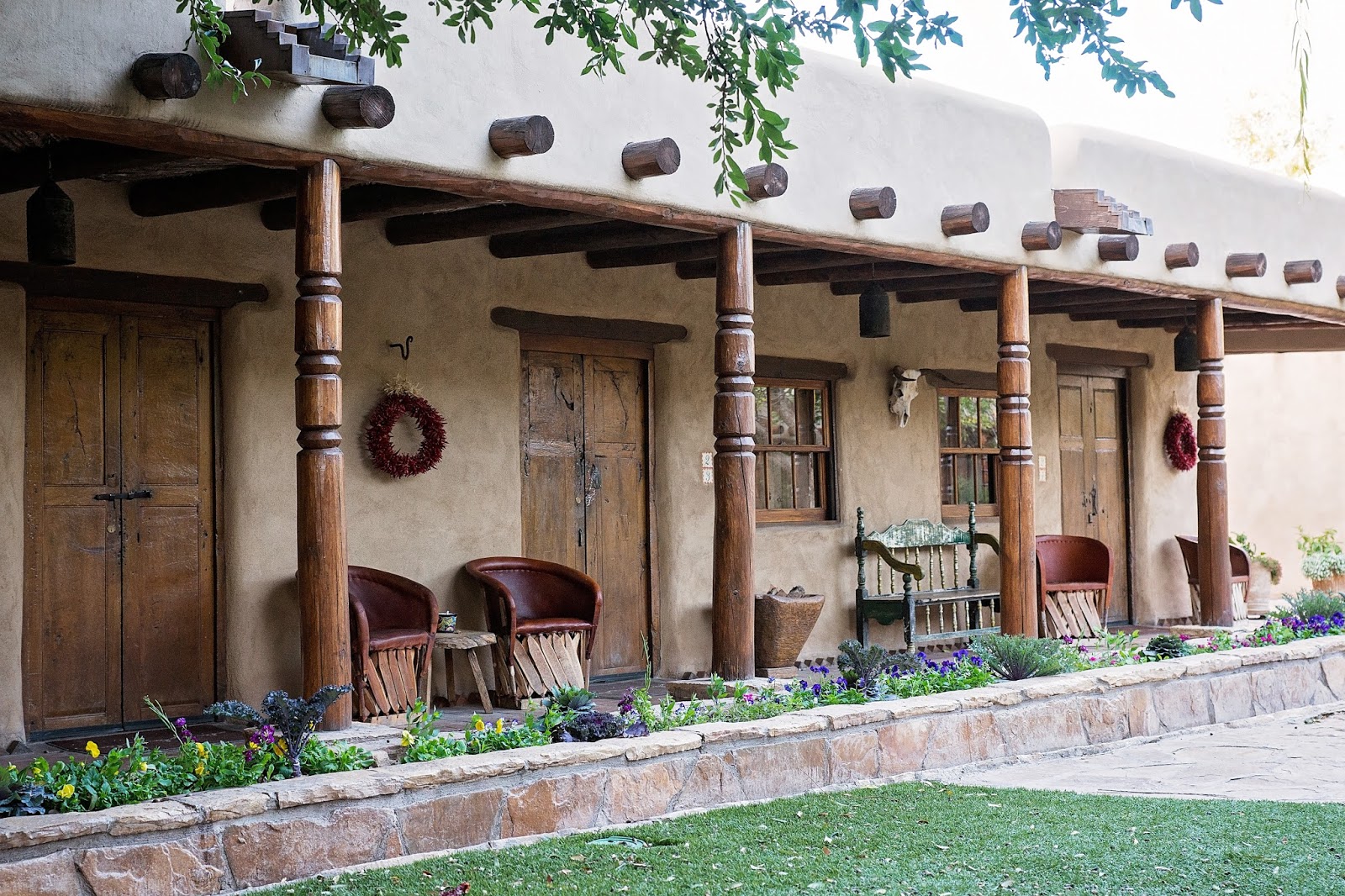 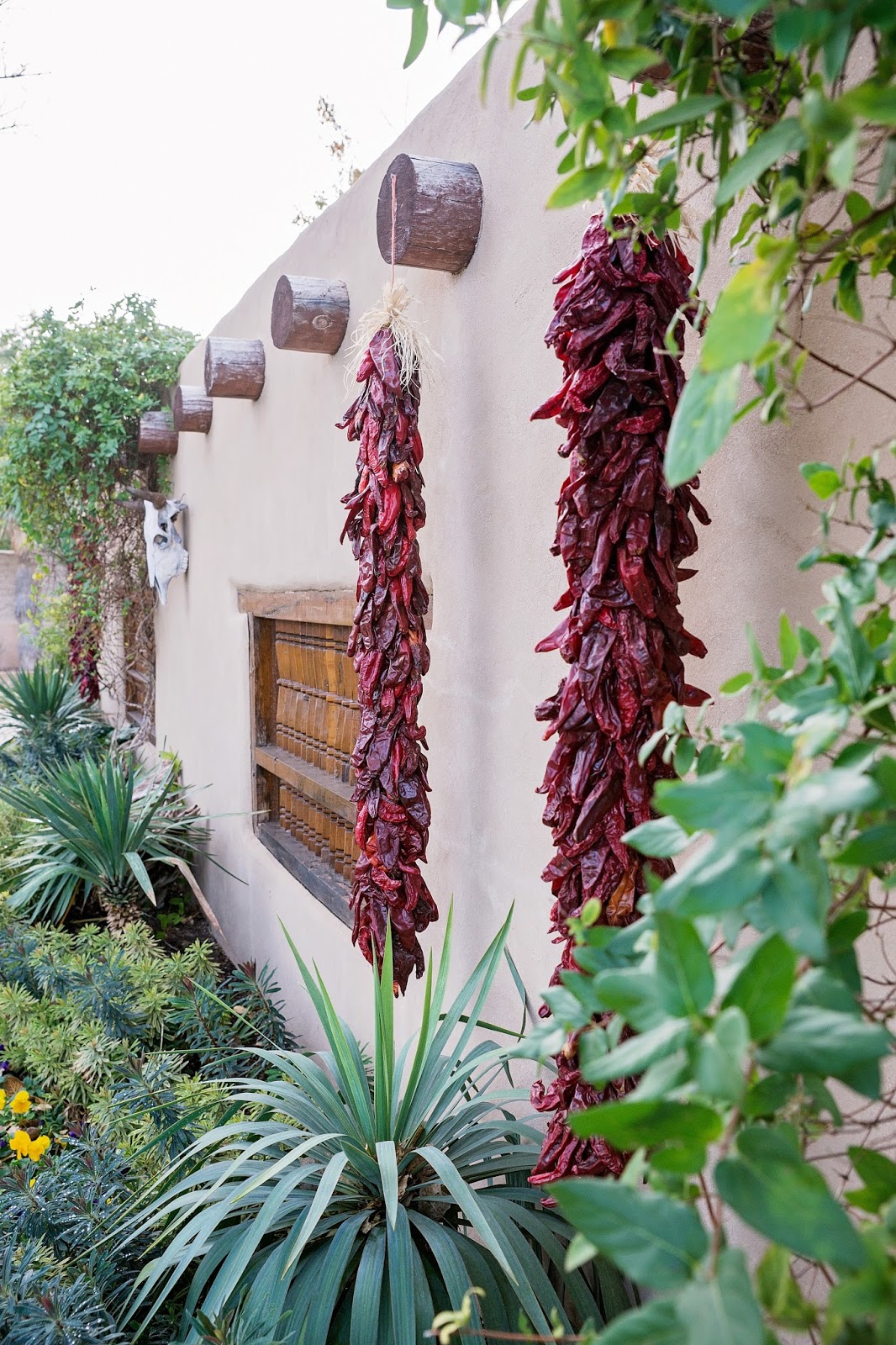 At the back of the property is the Captain Shepard House, also for rent. Built in 1890, it is named for the man who founded and named Marathon. Supposedly, the captain named it that because the mountains bore a striking resemblance to those in Marathon, Greece. I think I should probably go to Greece to confirm this.

The feeling of being cut off from the world dissipated a bit when we arrived to the restaurant, The 12 Gage. We had reservations and it was a good thing we did, because it was hopping. The hotel is not that big and it’s literally in the middle of nowhere so I’m not sure where all the people came from. We were shown to our table where we sat in a cozy corner under a mounted longhorn. The wine list was extensive and the menu was small but everything was top rate. It was all pretty pricey but it's probably not cheap getting Ahi tuna shipped to the middle of the desert. 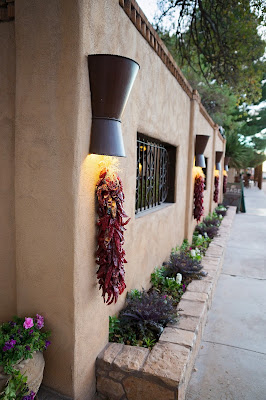 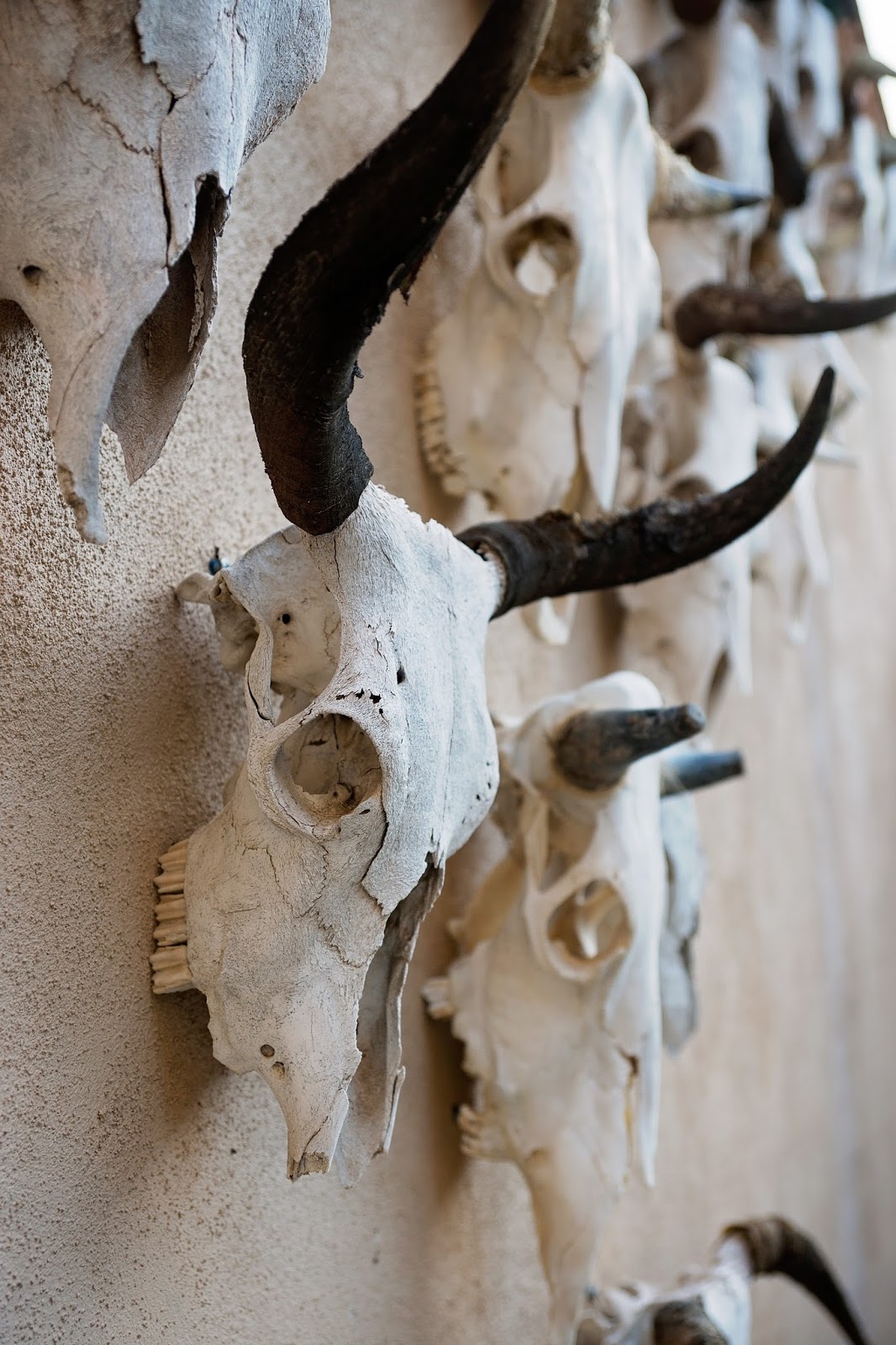 Next to the restaurant is the White Buffalo Bar. Yes, there is a mounted white buffalo on the wall. It was also filled with people who overflowed into the large patio section where bands play in the summer months. Everyone seemed to be relaxed and having a good time. That could be due to the extensive tequila selection and fantastic margaritas for which they are known.

We got up early the next morning to take a walk around the hotel grounds and town. In one of the courtyards is "The Longhorn Wall" where cattle skulls are mounted in the shape of a longhorn head. That was fun to photograph!

Later we stumbled into the 27 acre Gage Gardens across the railroad tracks. This beautifully landscaped garden with ponds, fountains and bird sanctuary is a real oasis in the desert. We had a leisurely stroll to enjoy a little bird watching and plan our day. It was the perfect icing on the cake before we headed off to our next destination.
Next…Terlingua and Big Bend National Park. 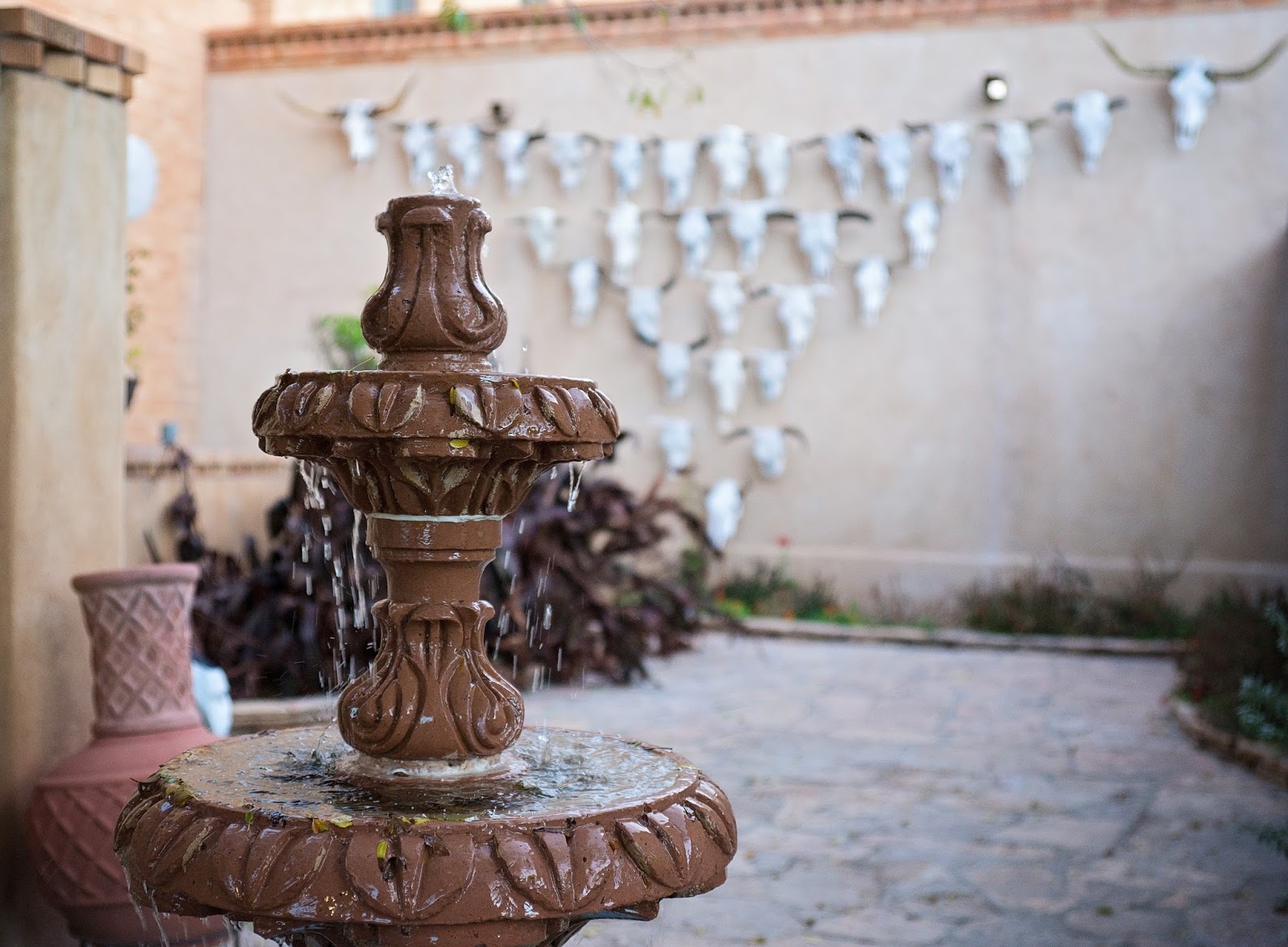 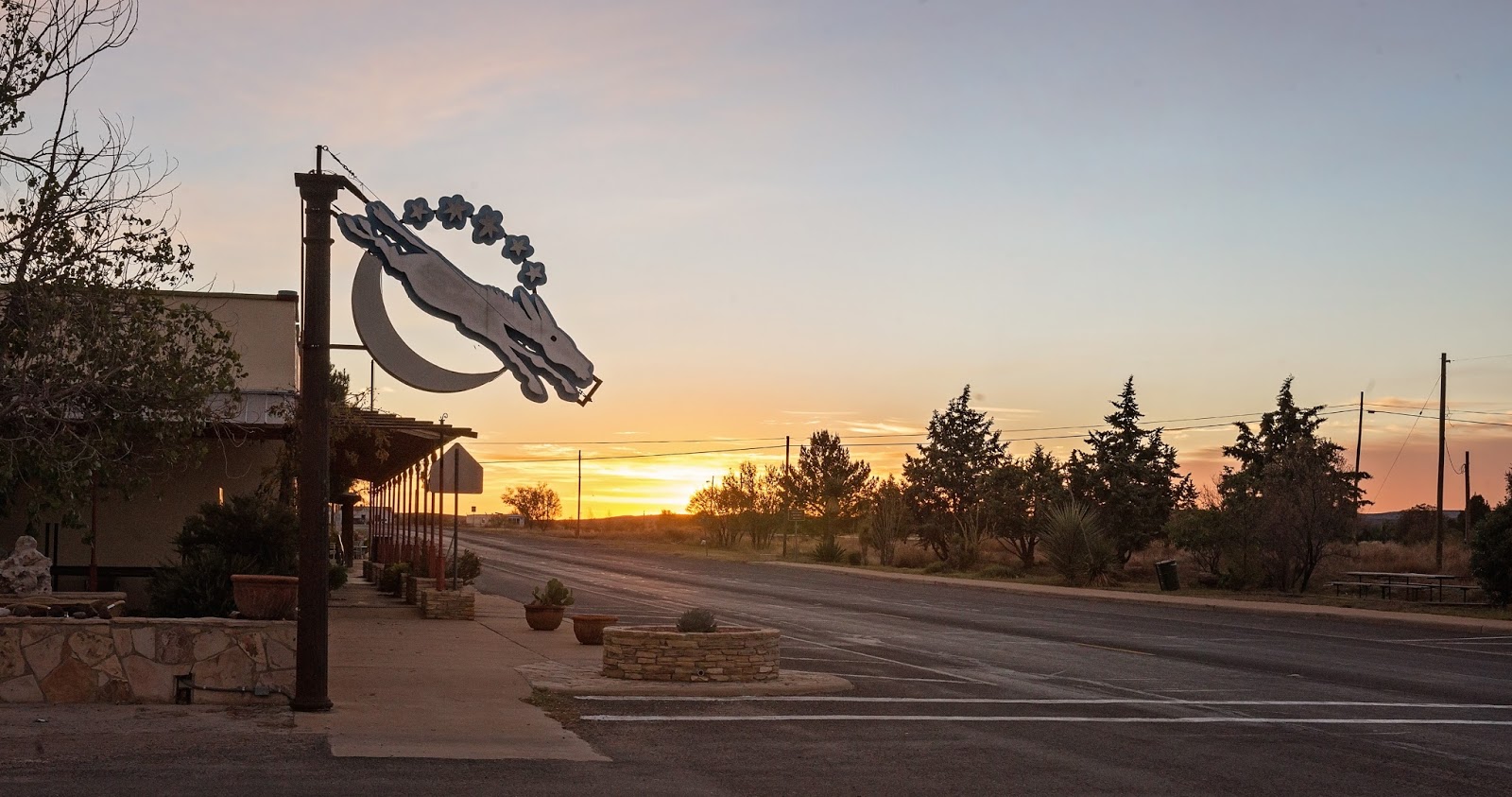 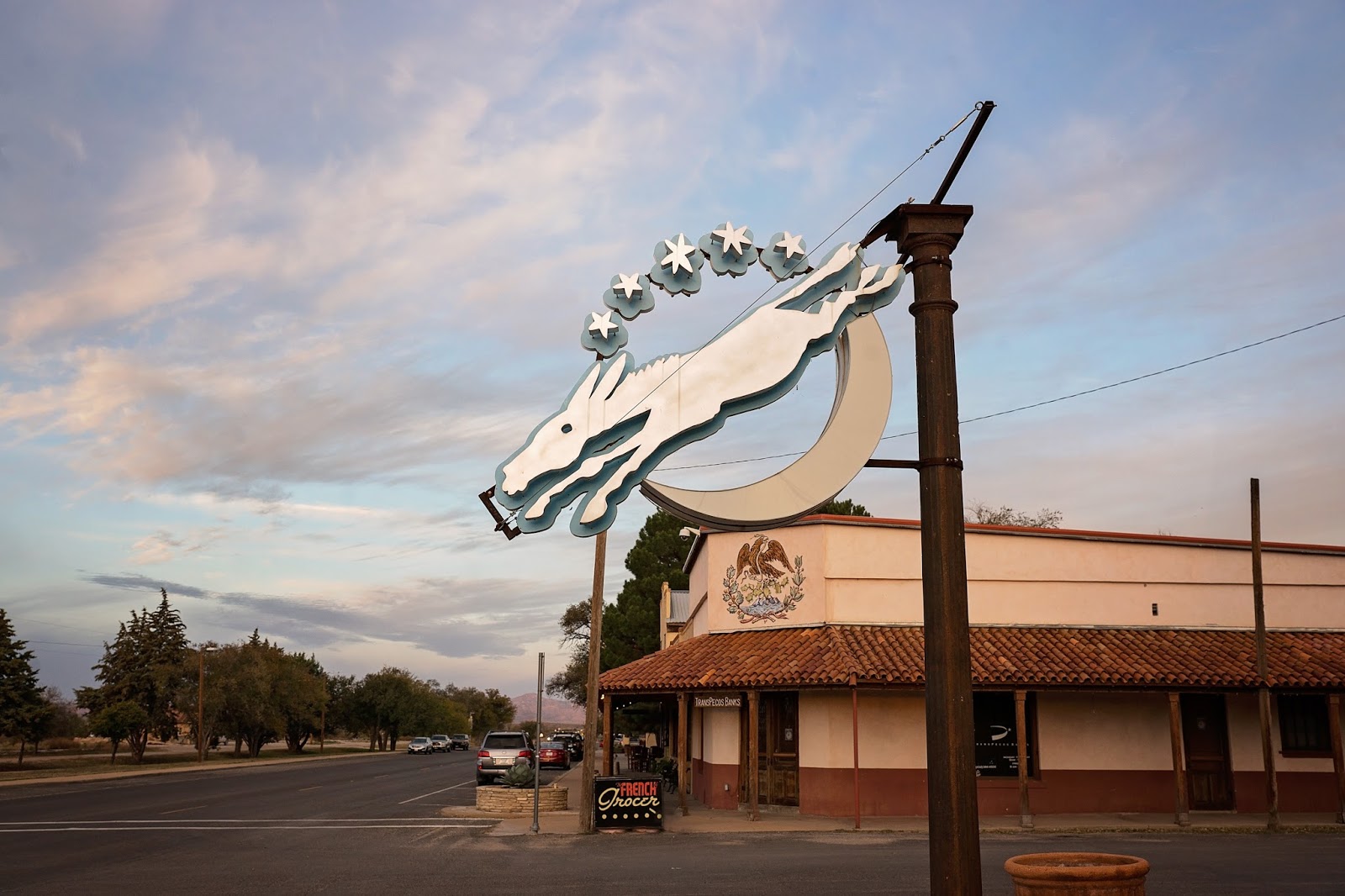